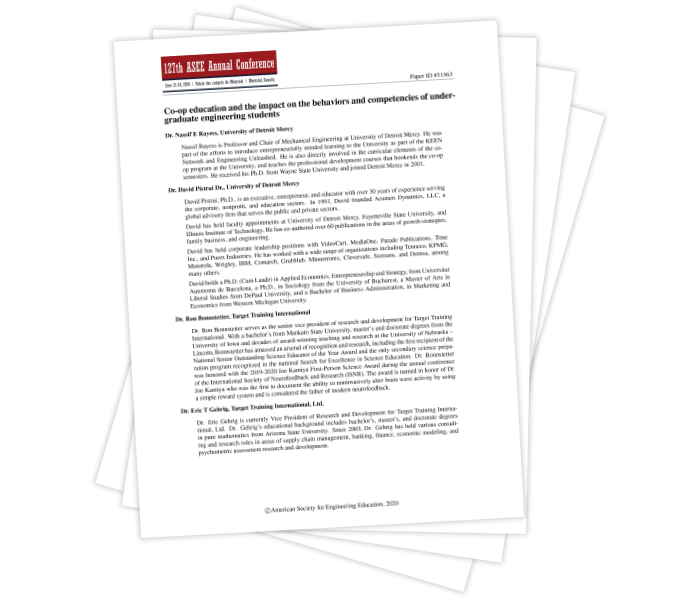 This pre-post study uses TTI’s TriMetrix® DNA to gauge the effect of a co-op employment experience on undergraduate engineering students’ behavioral traits and competencies. Of the 25 DNA competencies assessed, there was a marked increase in fifteen competencies (over 10% improvement) including a very large increase (over 25%) in four competencies: conceptual thinking; decision making; futuristic thinking; and, self-starting.

There was also a decrease in four competencies: appreciating others; conflict management; goal orientation; and, interpersonal skills. After correlating these changes with the co-op reflection essays of the twenty students, a statistical correlation was found between the decrease in the “conflict management” competency and the severity of conflicts reported by the students during co-op. This finding raises the possibility that impressionable engineering students could be susceptible when faced with difficult conflicts while on co-op.

Back to Peer Reviewed Published Papers